The SH 18 North project is designed to enhance mobility and improve safety along the SH 18 corridor from the New Mexico state line to south of Interstate 20 in Monahans. The capacity of the existing SH 18 roadway cannot meet the needs of current and proposed traffic volumes and loads associated with energy production activity in the Permian Basin. Existing roadway conditions are experiencing reduced safety due to outdated design standards and deteriorating pavement conditions resulting from heavy freight loads.

The proposed project would include the following upgrades to the existing roadway:

TxDOT will consider a number of items in the preliminary design and environmental evaluation of proposed roadway improvements including: 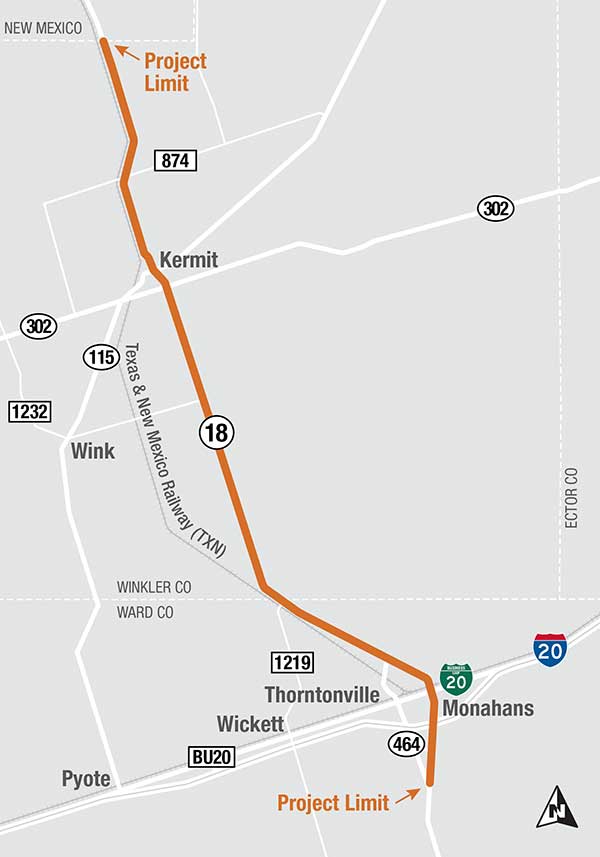 The purpose of public involvement is to share project information and updates, present proposed project information, and collect public input. TxDOT is committed to working closely with the public on this project. All input will be considered as TxDOT moves forward in developing a plan to enhance the safety of this corridor while preparing for future growth.