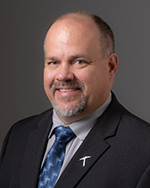 A native of El Paso, Texas, Stevenson received his Civil Engineering degree from the University of Texas at El Paso in 1994.  He joined TxDOT in April 1999 after serving for four years in the U.S. Army and started as a Construction Inspector in the El Paso West Area Office where he worked on several projects.  Stevenson moved to the District Design Section in Aug. 2002 and in March 2004, he earned his P.E. license. In Aug. 2005, Stevenson began working in the Maintenance Management Section as the Assistant Maintenance Engineer.  He was hired as the District Maintenance Engineer in June 2011.