The $301 million Irving Interchange project will include the reconstruction of interchanges at SH 183, SH 114, Loop 12, and Spur 482. Loop 12 will be reconstructed and widened from six to eight lanes for a length of 1.2 miles that begins on the south end of Union Bower Road to the north of Texas Plaza Drive. The project will also include the widening of SH 114 from Loop 12 to SH 183 and Spur 482 with direct connectors. Spur 482 will be reconstructed from west of Century Center Boulevard to the interchange and will tie into SH 183 with direct connectors. 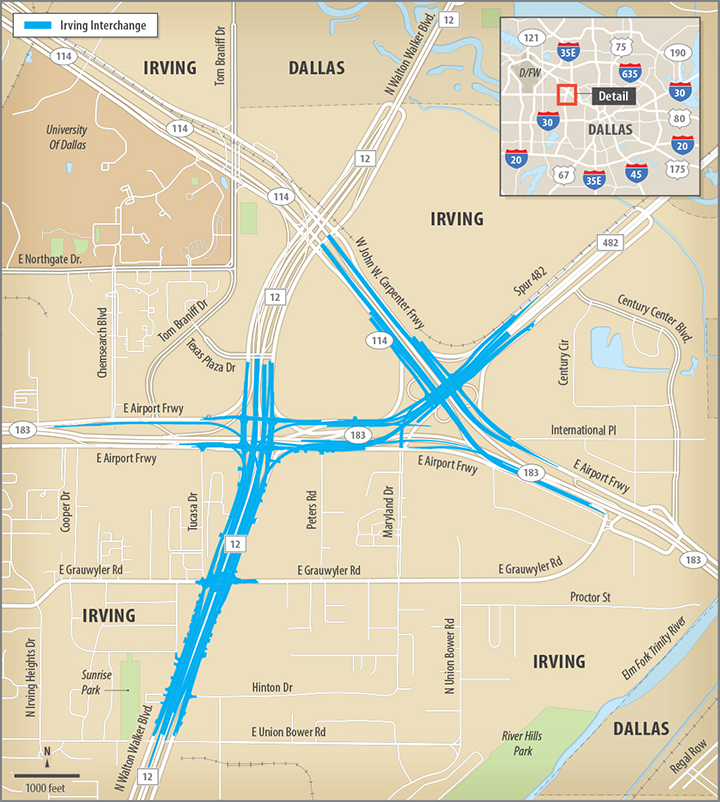 The overall length of the project is about 9.6 miles including bridges and direct connectors.

Construction began late 2020 and is anticipated to be complete mid-2023, weather permitting. 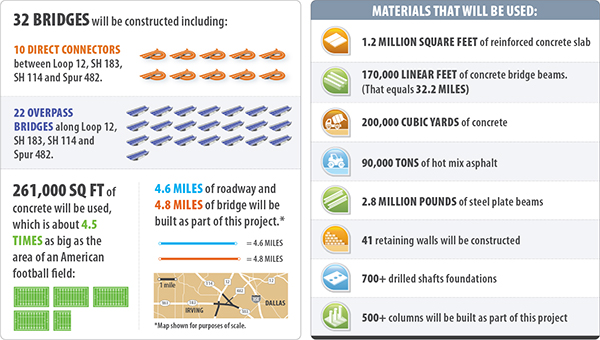