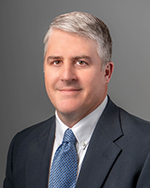 Johnson began his career with TxDOT in December 2002 after earning his Bachelor of Science in civil engineering from Texas Tech University. He started as an engineering assistant in the Amarillo District’s Canyon Area Office and held other key roles within the agency, including as Amarillo area engineer and director of operations prior to being named district engineer in September 2020.

In his role as district engineer, Johnson oversees the planning, designing, construction, operation and maintenance of 9,394 miles of roads and 840 bridges spread across 17,848 square miles in the Texas Panhandle.