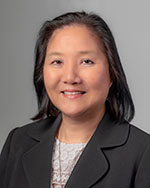 She is responsible for overseeing the planning, designing, building, operation and maintenance of the state transportation system for the six counties in the district.

In 2010, Paul became the assistant area engineer for the combined Waller/West-Central Harris area office, which is the largest area office in Houston. She assisted in overseeing the combined West Harris and Central Houston area offices and also three maintenance offices: Waller, West Harris and Central Houston. Paul was promoted to director of construction for the Houston District in May, 2013, where she oversaw all construction work for all six Counties around Houston. She was promoted again in July, 2015, to deputy district engineer for the Houston District.