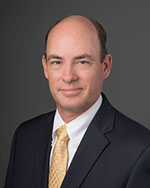 A graduate of Texas Tech University, Johnson began his career with TxDOT in the Lampasas Area Office of the Brownwood district in 1995. While in Lampasas, Johnson was involved with many design and construction projects. In 2012, he was promoted to director of operations for the Brownwood district, where he oversaw maintenance and traffic functions for the district. In addition to his district duties, Johnson was also a leader in many statewide initiatives, such as the development of the Statewide Winter Storm Plan.

Johnson was named the Abilene District Engineer in 2017. As district engineer, he worked to improve pavement scores and served as a member of the Ports to Plains Advisory Board and a member of Abilene’s Metropolitan Planning Organization (MPO). He was instrumental in maintaining a collaborative working relationship between the MPO, TxDOT and the city of Abilene. While in Abilene, Johnson also had several statewide assignments, including participating on TxDOT’s district peer review committee.

Appointed as Fort Worth District Engineer in September 2020, Johnson serves on NCTCOG’s Regional Transportation Council working to address Metroplex-area transportation challenges and opportunities. Under Johnson’s direction as district engineer, he oversees more than $4 billion in construction including major projects such as I-35W, the DFW Connector, the I-30/SH 360 Interchange and the Southeast Connector.