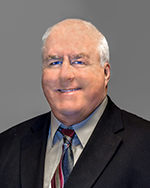 Darwin L. Lankford, P.E., is the district engineer for TxDOT's Childress District. He is a 1988 graduate of Texas Tech University where he received his Bachelor of Science in Civil Engineering.

He worked on a variety of design, construction and maintenance projects leading up to his licensure as a Professional Engineer in 1994. In 1997, he was named the District's Advanced Planning Engineer and in November of 1999 became the District's Construction Engineer. Prior to his appointment as District Engineer in September of 2021, Darwin was the Childress District Director of Operations, a position he held for 17 years.