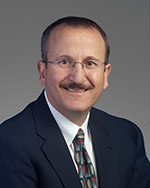 Rmeili began calling Brownwood District home in 1996. Throughout his tenure with the district, he held the positions of design engineer, director of transportation planning and development and director of operations.

Rmeili began his career with TxDOT in 1991 as a transportation engineer with the department's Design Division, stationed in Austin. In 1994, he accepted a position as pavement engineer in TxDOT's Bryan District. Later, he moved to Brownwood to a design engineer position.

Previously, Rmeili worked for ERES Consultants, Inc. in Illinois and the Texas Transportation Institute in College Station. He earned his bachelor’s and master's degrees in civil engineering from Texas A&M University in 1982 and 1984, respectively. He was licensed as a professional engineer in Texas in 1992.