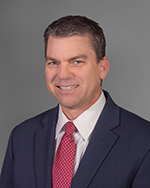 He began his career with the University of Texas System Administration as an accountant and auditor in their Oil and Gas Department and then became the Financial Manager of their Employee Group Insurance Division where he served until 1996.

He then became Chief Financial Officer for the State Preservation Board where he oversaw all financial, human resources, enterprise and information resource functions of the agency until 2003, when he joined TxDOT.

Ragland began his TxDOT career as the Director of the TxDOT Claims Management Section of the Finance Division in 2003. He left TxDOT in 2005 to pursue an opportunity as Senior Vice President and Chief Financial Officer of Walden Affordable Group LLC, an affordable housing management firm.

He returned to TxDOT in 2008 and served as director of TxDOT’s Finance Division until 2016.

Ragland served from 2011 through 2017 on the Board of Trustees for the Employees Retirement System (ERS), which oversees pension plans, health insurance and other benefits for state employees and retirees. His term expired Aug. 31, 2017.

He is a member of the American Institute of CPAs (AICPA), the Texas State Agency Business Administrators Association (TSABAA) and the State Agency Coordinating Council (SACC).