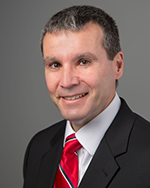 Richard McMonagle serves as Chief Administrative Officer. In this role, he is responsible for management and control of the Contract Services, Purchasing, Fleet Operations, Human Resources and Support Services Divisions.

McMonagle joined TxDOT in June 2014, as the Chief of Staff. Prior to that, he was the director of the Infrastructure Division of the Texas Parks and Wildlife Department, where he led that division in providing sustainable planning, design, construction and support services. He had held that position since December 2008. Prior to that, he served for more than 25 years in the United States Marine Corps. During that time, he commanded at every rank from second lieutenant through colonel and served in various staff assignments.