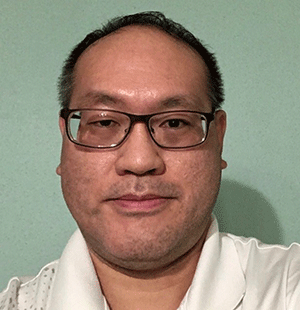 FORT STOCKTON – Feng-pin An, P.E., has been appointed as the new Area Engineer for the Fort Stockton Area Office as the new area engineer. In his new role, Feng-pin will oversee design and construction operations in Pecos, Reeves, and Terrell counties. He will also supervise maintenance sections in Fort Stockton, Iraan, Balmorhea, Pecos, and Sanderson.

“I am excited to add Feng-pin An to our team in the Odessa District of TxDOT,” said District Engineer John Speed, P.E. “He brings a wealth of experience with him to serve the southern half of the district.”

Feng-pin joined Ford Motor Company after graduating from the University of Texas in Austin with a Bachelors in Mechanical Engineering in 1999. After working on new product launches and production system improvements, he returned to school to earn his Masters in Civil Engineering from Texas A&M University in 2003.

He started his TxDOT career in the San Angelo District with the Sonora Area Office, and gained experience in both the Galveston and North Tarrant Area Offices (Houston and Fort Worth Districts) before earning his professional engineering license in 2007. He joined the District Lab in the Houston District where his projects included design of drill shaft foundations for the connector at US 59 and Beltway 8.

“Feng-pin An has experience with rural West Texas from his experience in the Sonora Area Office, but he also brings experience with working with large project loads from his time in the Houston and Fort Worth districts. He will have to draw from all of that to address the issues facing the Odessa District.”

Feng-pin An has a history of civil service. Between late 2009 and 2011, Feng-pin took a sabbatical to teach English in a village in Taiwan, where he was recognized for his volunteer efforts by the Taiwan Department of Interior.

After returning to Houston, Feng-pin joined TxDOT’s Central Design Team working on the completing design of US 59/ IH-69 reconstruction projects and the US 290 Segment 12 widening project. In late 2015, he became the lead design engineer in the Montgomery Area Office, supervising the design performed in the area office and supporting construction activities in the area. He became the Assistant Area Engineer in the Fort Bend Area Office in July 2016, managing several regionally significant reconstruction projects on US 59/ IH-69 and on the IH-10/ Texas Clear Lanes widening project. While in this position, he worked on improvements in customer experience and office operations.

Feng-pin and his wife, Kumi, have a 2-year old daughter and a newborn daughter.

The Texas Department of Transportation is responsible for maintaining 80,000 miles of road and for supporting aviation, maritime, rail, and public transportation across the state. Through collaboration and leadership, we deliver a safe, reliable, and integrated transportation system that enables the movement of people and goods.  Find out more at TxDOT.gov. "Like" us on Facebook and follow us on Twitter.