HOUSTON – The Texas Department of Transportation (TxDOT) would like to announce that the Final Environmental Impact Statement (EIS) is now complete for the North Houston Highway Improvement Project (NHHIP). Since its release in 2017, TxDOT has been reviewing and addressing public comments on the Draft EIS and preparing the Final EIS.

The Final EIS is more refined and definitive than the Draft EIS. It incorporates the input received on the Draft EIS and reflects changes to the project proposed as a result of that input. Since the release of the Draft EIS, TxDOT has continued public engagement through community meetings, multi-agency coordination and posting updated technical reports for public comments. Additionally, TxDOT recently prepared a series of white papers titled “NHHIP Project Facts & Highlights” to help distill the contents of the Final EIS to help convey concise and key information regarding matters of high priority to the public.

The Final EIS and the NHHIP Project Facts and Highlights can be accessed on the project website. Additionally, the Final EIS is on file and available for inspection at the TxDOT Houston District Office, 7600 Washington Avenue, Houston, Texas 77007, by appointment.

“The TxDOT Project Team will continue to consider all input received during the lifetime of the NHHIP,” said Eliza Paul, TxDOT’s Houston District Engineer. “We look forward to continued coordination with the public on the development and refinement of the proposed NHHIP, which is a very important project for the region that will enhance safety and mobility for all users.”

Individuals wishing to review the Final EIS at the TxDOT Houston District Office may visit https://www.flexbooker.com/reserve/NHHIP_FEIS_APPT or call (713) 802-5207 between the hours of 8 a.m. and 5 p.m., Monday through Friday, to make an appointment. Due to recommendations regarding COVID-19, enhanced safety measures will be applied. This includes wearing a face mask, submitting to a temperature check prior to entry, and following social distancing practices. If anyone arrives without an appointment, they may be asked to wait outside to ensure appropriate occupancy within the room.

Comments on the Final EIS (due 30 days from the date the Notice of Availability is published in the Federal Register) should be sent to the Texas Department of Transportation, Attention: Director of Project Development, P.O. Box 1386, Houston, Texas 77251, or by email. We anticipate that the Notice of Availability will be published in the Federal Register on Oct. 9, 2020, which would establish a comment deadline of Nov. 9, 2020. For further information or to request a copy of the Final EIS, please contact the Director of Project Development at (713) 802-5070.

To learn more about the NHHIP, scan the QR code and watch the Changes for the Better video. 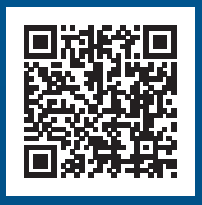 The proposed NHHIP would include roadway improvements to add four managed express (MaX) lanes on I‐45 from Downtown Houston to Beltway 8 North, reroute I‐45 to be parallel with I‐10 on the north side of Downtown Houston and parallel to US 59/I‐69 on the east side of Downtown Houston, realign sections of I‐10 and I‐69 in the Downtown area to eliminate the current roadway reverse curves that limit capacity, and depress I‐69 between I-10 and Spur 527 south of Downtown to improve safety by eliminating unsafe weaving.

The Texas Department of Transportation is responsible for maintaining 80,000 miles of road and for supporting aviation, maritime, rail, and public transportation across the state. Through collaboration and leadership, we deliver a safe, reliable, and integrated transportation system that enables the movement of people and goods.  Find out more at TxDOT.gov. "Like" us on Facebook and follow us on Twitter.