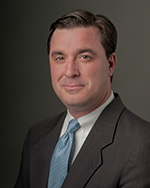 Jerry Haddican serves as the director of Government Affairs.

Haddican has served the state of Texas for two decades. Before joining TxDOT in December 2011, he was the director of state relations at the University of Texas Health Science Center at Houston. He also served as general counsel and legislative director in the Texas Senate and was a drafting attorney at Texas Legislative Council, where he drafted more than 1,000 legislative requests including bills, amendments and conference committee reports.