Single-column bents support the entire superstructure (rails, deck, beams/girders, bent, etc.) of a bridge. They are frequently used on elevated direct connectors and ramps in urban areas where lower roadways limit the footprints of support structures.

The beams can be of various shapes and types, including concrete and steel. 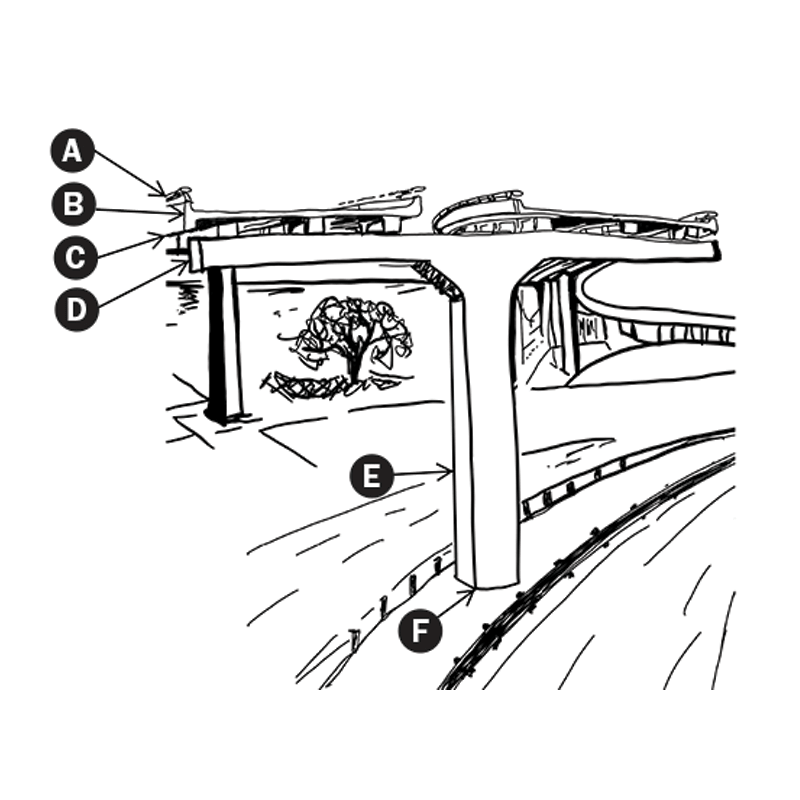 Illustration: Image above illustrates the key bridge components that come together to maintain a safe and stable structure.

Photograph: This photograph shows the key features of a Single-Column Bent.

A. Railing: Traffic rails or barriers designed to keep traffic from driving off the roadway/bridge. Sometimes they are used as medians to prevent vehicles from entering opposing travel lanes.

B. Deck: The travel surface of a bridge; typically constructed from reinforced concrete.

C. Beam/Girder: A horizontal main structural element that spans between bridge support points. It supports vertical loads and transfers the loads from the deck to the bent cap. U-beams are shown in this bridge section.

D. Bent: An intermediate vertical support, between bridge spans. It resists influences such as wind from the deck and beams/girders.