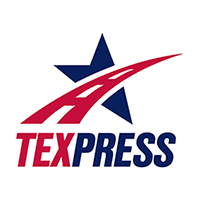 The TEXpress Lanes System is all about choice, predictable travel speeds and congestion relief. There are more than 100 miles of TEXpress Lanes open on eight North Texas roadways. These lanes form a system across the Metroplex allowing drivers to commute from one side to the other with less congestion.

There are three types of TEXpress Lanes including:

Designed to relieve congestion, these lanes allow Single Occupancy Vehicles (SOVs) to use the High Occupancy Vehicle (HOV) lanes for a fee. Registered HOVs and motorcycles can use the lanes at zero toll cost.

Designed to keep traffic moving at least 50 mph, traffic speeds are managed through dynamic pricing, meaning the price fluctuates based on congestion in the lanes. Registered HOVs and motorcycles receive a 50 percent discount during peak travel periods.

Designed to relieve congestion, these lanes are barrier separated from the mainlanes with fewer entrances and exits. Vehicles may use the lanes at zero toll cost.