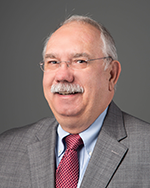 Nelson began his career with the Florida Department of Transportation as a regional toll manager where he led two toll conversions from manual ticket systems to one of the first e-systems in Florida.

In 2008, Nelson was appointed the director of toll operations for FTE. FTE reduced its overall toll processing cost between 2009 and 2011 accounting for more than $20 million in annual savings. SunPass, FTE’s e-toll collection, received the J.D. Power and Associates award in fiscal year 2008 for best-in-class call center for transportation.

In May of 2015, Nelson was appointed the division director for Toll Operations with the Texas Department of Transportation.